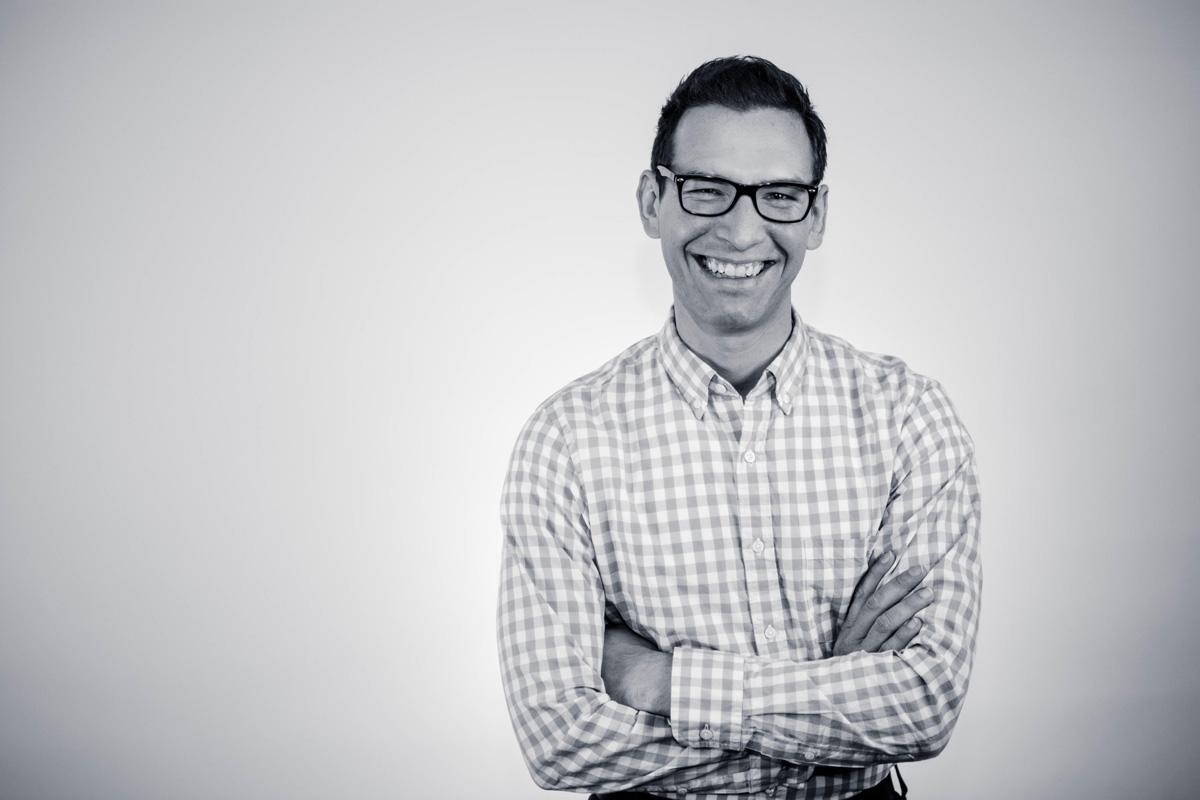 Lick Magazine came upon what appeared to be an ad created by John Plichter (Creative Business Strategist for “Streams” ) for the PSPCA (Pennsylvania Society for the Prevention of Cruelty to Animals) and arts unique appeal and message. We asked John to tell us how the project evolved.

1.) “John, how did you come to be involved with an ad campaign about advocacy for pets?”
I believe that animal welfare is an issue that’s too often overlooked. But more specifically, different areas of Philadelphia are overrun with homeless animals. While living in South Philadelphia, I couldn’t help but notice the homeless cat population was becoming problematic to say the least.

2.) “Did the campaign actually run and where?”
Unfortunately it did not. But I’m glad that there are publications out there (like Lick) that can help raise awareness for issues such as this!

3.) Tell us about Who John Plichter is as a person. Were you just born with all this talent? “Should we be thanking your mom and dad?”
I like to think that everyone is born with the potential to be something great, it’s just up to them to decide how. I was lucky enough to have parents that nurtured my “talents” and supported me in any way they possibly could.

4.) “Do you have a particular connection with animals?” If so, how was this nurtured or “How do you think it came about? “
I like to think that we can all learn a lot about unconditional love from our pets. The most important thing my parents ever taught me was how to love, which I try to apply to everything I do. My girlfriend and I are very passionate about animal welfare. We both do animal fostering and have two WONDERFUL rescue dogs. The love they have for us is nothing short of incredible, and having them be a part of our lives is so incredibly rewarding and inspiring.

5.) “Have you done any professional work with animals and/or animal and human advocacy issues prior to this or after this particular assignment?”
Not particularly. It wasn’t until after I graduated, found steady employment, and bought a house that I was able to do any foster animal work. I’ve done some other volunteering at a couple local shelters, but that’s about it.

6.) “Do you plan on doing this type of project again in the future “just because” .. We think the Pspca should be running this campaign again.. Your message can potentially save a lot of lives!!”
I don’t see why not! If there’s any way I can help give back, I’d be more than happy to. Sometimes we all have to speak up for those who can’t.

7.) “What’s going on in your life now creatively speaking?” “How does your exciting new position at “Streams” fit into the agenda?”
I’m currently Senior Business Strategist for Stream Companies, an advertising agency based out of Philadelphia with offices in several cities across the United States. That gives me the opportunity to be creative every single day. But aside from that, I’ve been an active musician for close to 15 years now. Unfortunately that has taken a back seat over the years, but my guitar is probably still my greatest creative outlet.

8.) “Anything coming up on your creative agenda we might want to know about.. Any dream projects coming to fruition?”
The beauty of creativity is that it could strike at any moment. Maybe I’ll write a song that spreads world peace later today.

9.) We’re putting you on the spot here… But. “What do you think is the answer to the homeless situation for people and pets.. Is there anything we can do on a local or personal level?”
Personally, I think we all need to be a little more compassionate in general. In regards to the homeless human population, I think providing better mental healthcare and drug addiction care is key. As far as animals, people need to understand that owning a pet is a responsibility. Too often I see people surrendering their pets because they “can’t afford them” or say they “can’t take care of them.” And in my opinion, I think that’s a bullshit excuse. Plus I cannot stress the importance for people to ADOPT their next dog or cat. There are far too many great pets waiting to be adopted, and I don’t think people understand that.

10.) Is there anything you might want to add or anything we left out regarding animal advocacy in general or John’s creative opportunities or visions moving forward?”
I think that everyone has the potential to make a difference in this world, even by putting cat heads on human bodies. Adopt your next pet because it’s incredibly rewarding. 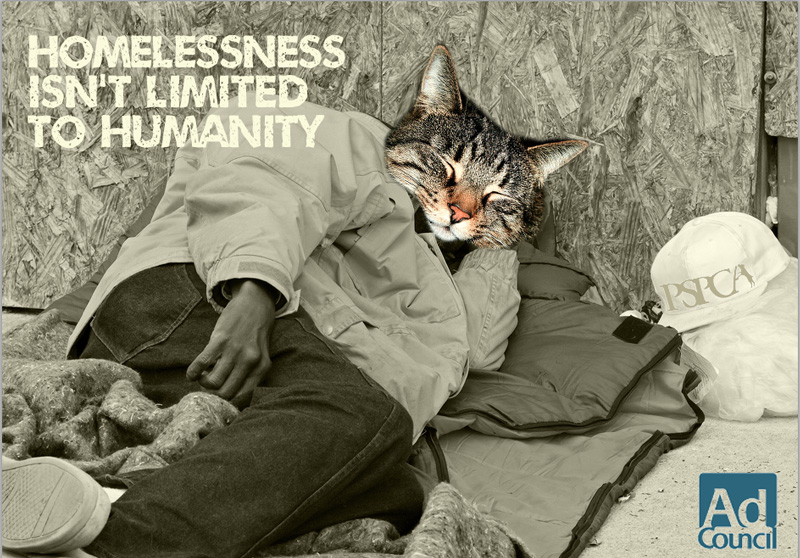